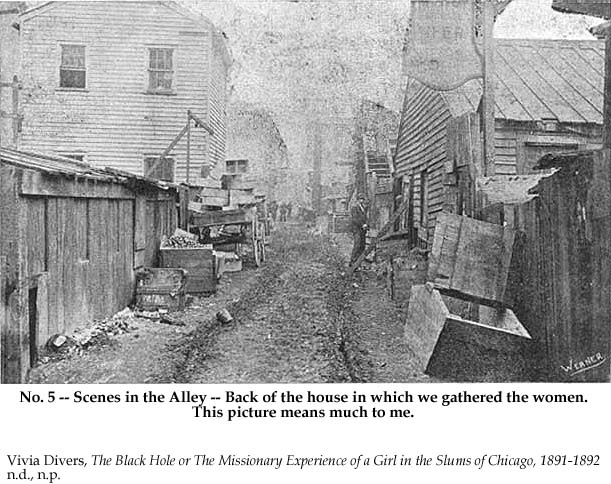 The City Beautiful–an aesthetic wonder and testimony to an advanced“civilization”–was in sharp contrast to the City Grotesque–a “Black Hole” of barbarism and degradation as a young missionary worker in 1892 described the West Side slum around the corner from Hull-House.

Visually enhanced by illustration and photo, the orderly aesthetics of the city“beauty” and the perverse ugliness of the city “grotesque” were surreal–daytime light versus night time shadows, the sweet smell of purity and life versus the putrid stench of filth and death on adjacent urban streets.

“Darkest,” “Blackness” characterized representations of the West Side.  In 1894 William Stead in If Christ Came to Chicago concluded after touring the Harrison Street Police Station: “There is something dreary and repelling about a police station even in the least criminal districts. But Harrison Street Station stands in the midst of darkest Chicago.  Behind the iron bars of its underground cages are penned up night after night scores and hundreds of the most dissolute ruffians of both sexes ….”

In a Christian mission near Hull-House, Vivia Divers targeted the district as a Black Hole.  “My district was on Clark Street, the west side between Polk and Harrison. If the reader will look at the diagram of the Black Hole he will see that the district on that side of the street is almost entirely black, – the blackness … represents the saloons, the brothels, dens and dives, and all kind of houses of sin.  This district was noted for all manner of wickedness ….”

“There is the constant demoralization of dirt. In Chicago the child’s hands can never be clean … he must make an everlasting struggle to be self-respecting. And a child cannot be brought up in the midst of what is ugly and dirty and grimy and be the best kind of child. It is impossible.”   bjb 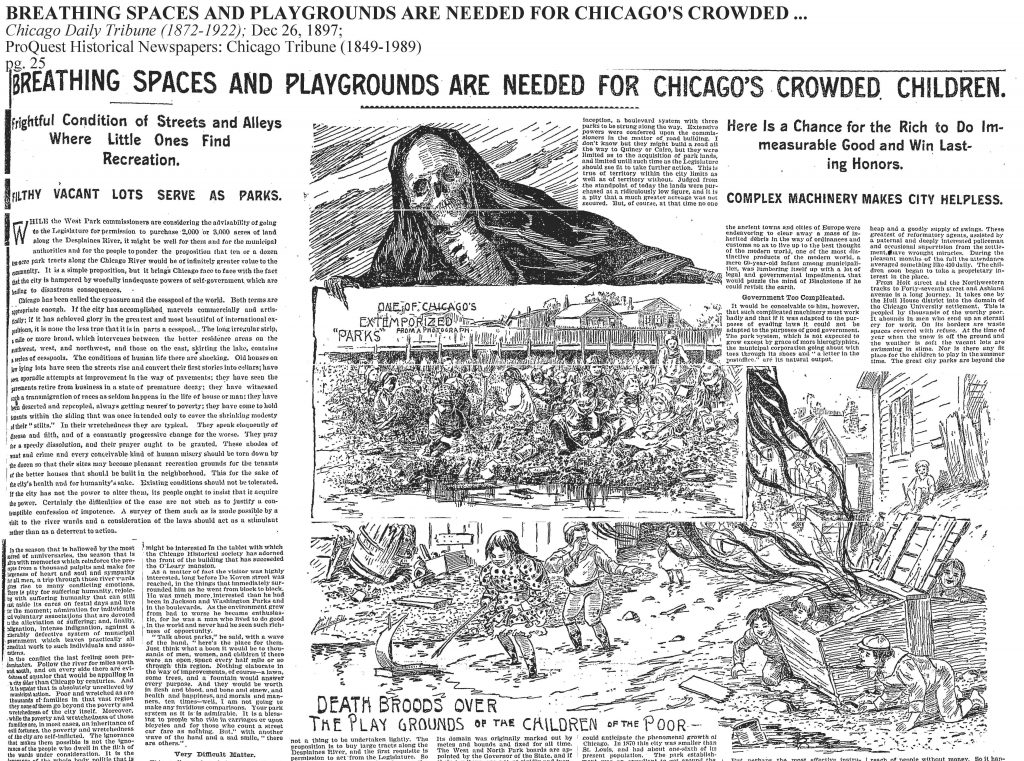 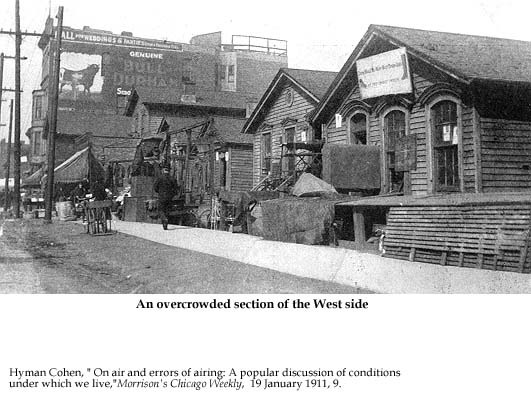 STORY OF THE SLUM 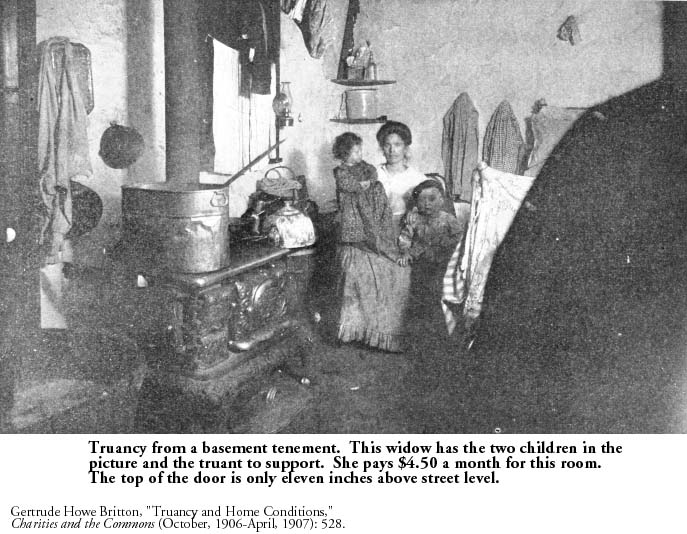 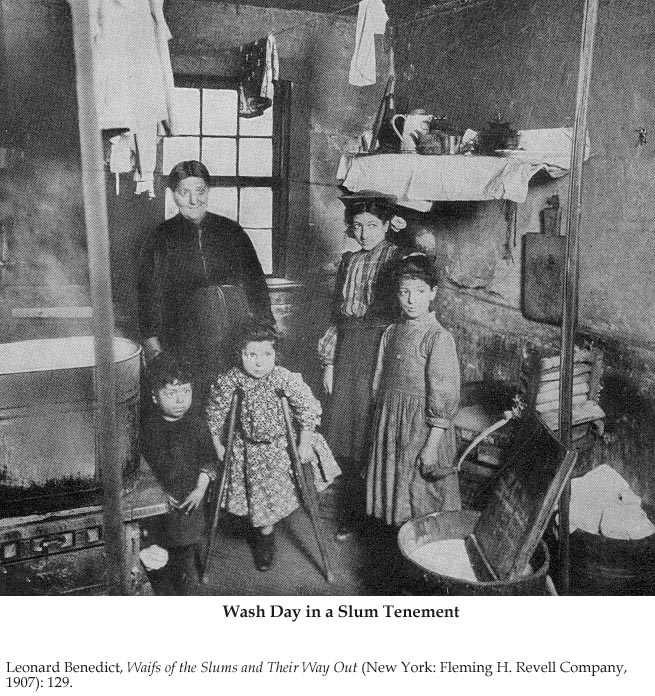 Wickedest District In The World 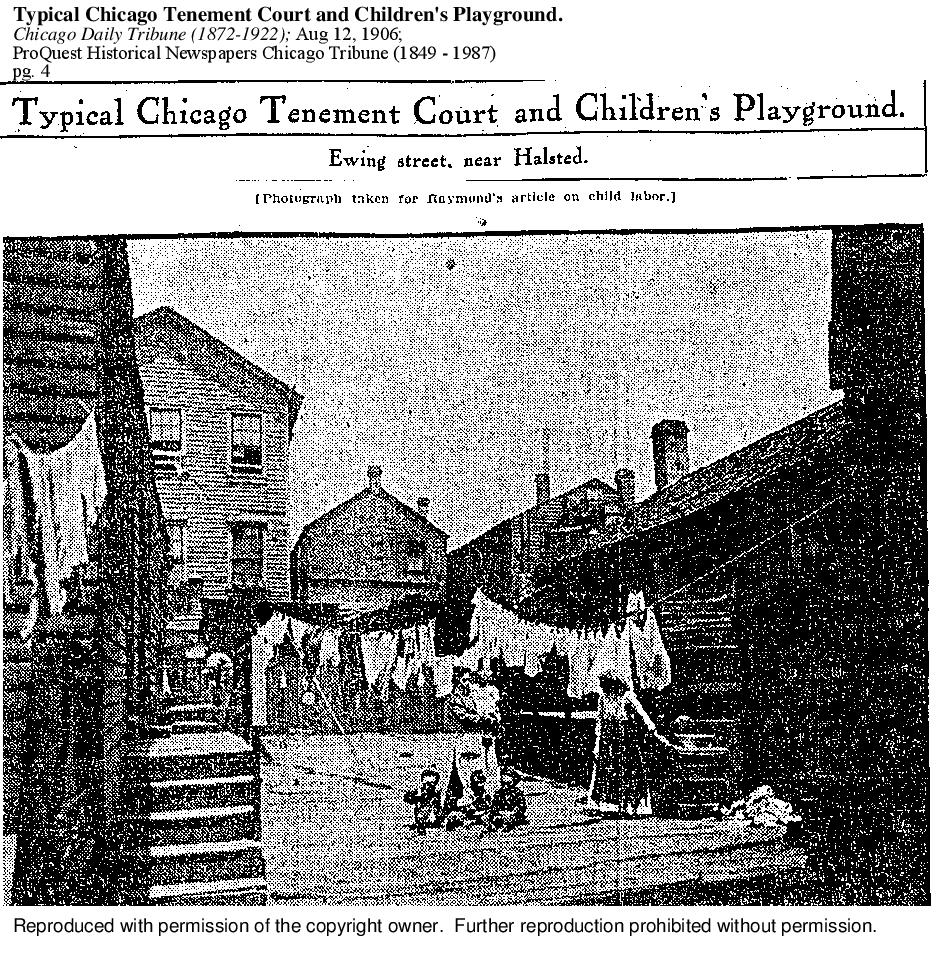 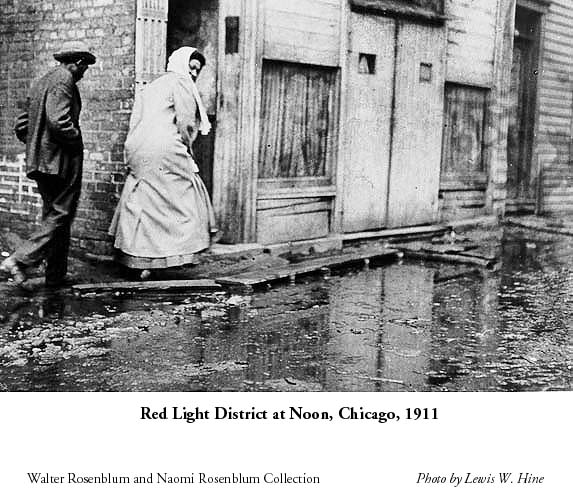 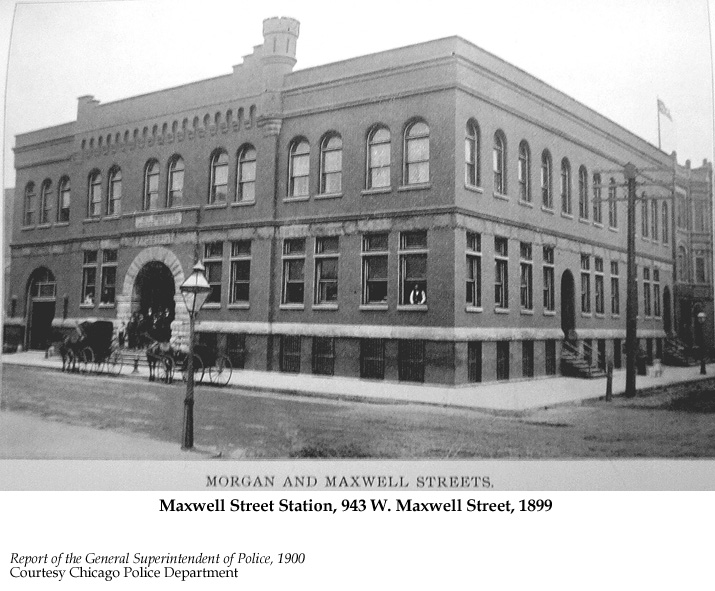