In metropolitan newspapers, mainstream print, and academic journals, commentators employed such  phrases as “foreign colonies,” “foreign element,” and “alien colonies” to specify the expanding number of ethnic settlements and neighborhoods inside American cities.

Excluded in the “alien” count were “race colonies” or people of color, Mexicans from south of the border, African-Americans from the American South, Chinese from the West Coast.  “Race colonies” or people of color–black, brown, yellow–were outside the pale of  “Americanization” and integration.  “Why Don’t Your Mamma Wash You With Fairy Soap”! advertised the pictorial packaging  for a prominent soap company. 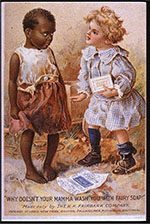 E.A. Ross, a prominent American sociologist, wrote: “To the practised eye, the physiognomy of certain  groups unmistakably  proclaims  inferiority of type.  I have seen gatherings of the foreign­ born in which narrow and sloping foreheads were the  rule.  The  shortness  and  smallness  of  the crania were very noticeable. There was much facial asymmetry. Among the women, beauty, aside from the fleeting, epidermal bloom of girlhood, was quite lacking.  In every face there was something wrong-lips thick, mouth  coarse, upper lip too long, cheek-bones too high, chin poorly formed, the bridge of the nose hollowed, the base of the nose tilted, or else the whole face prognathous. There were so many sugar-loaf  heads, moon-faces, slit mouths, lantern-jaws, and goose­ bill noses that one might imagine a malicious jinn had amused himself by casting human beings in a set of skew-molds discarded by the Creator.”

Politicians courting the “white” vote were all too ready to exploit nativist prejudices embedded in race-hated.  A bad situation was made worse when Negro workers with restricted prospects for work were employed as scabs and strike breakers by corporate owners.  Witness the 1904-05 strike in the Chicago Stockyards.

Mexican workers were accused of working cheaper and displacing both manual and craft workers from “alien” nationalities. A viable definition of who was true-blue “white” never transcended the prejudices and interests of the moment.   bjb 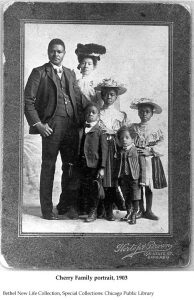 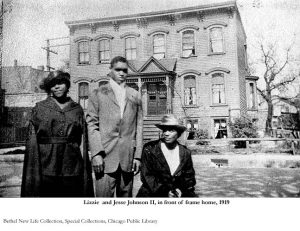 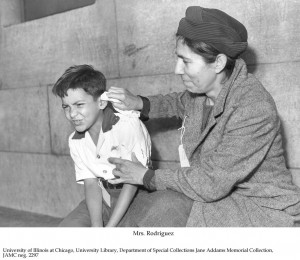 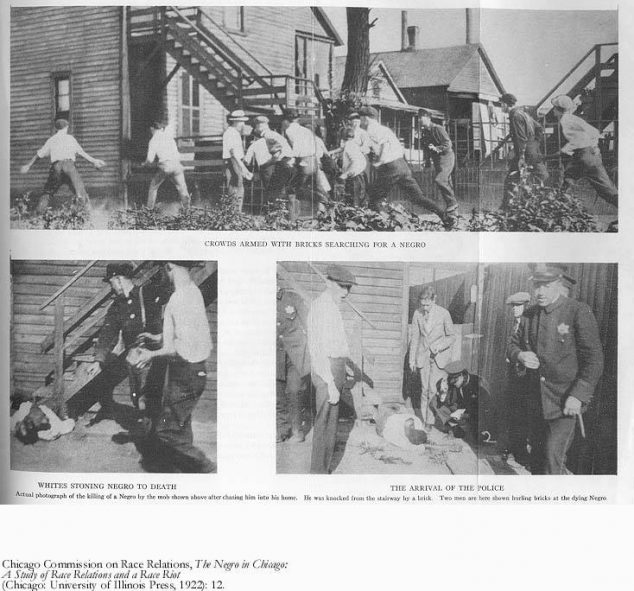