Appearing in the 1880s, the itinerant Hokey-Pokey man with his simple pushcart and ringing bell with a sign on the side “Hokey Pokey” selling cheap ices and ice cream on city streets was a favorite with the children. Sweltering temperatures with high humidity in Chicago’s tenement districts during long hot summers were brutal.  Absent were the forms of relief and escape to the countryside and suburban lake shores available to the more privileged middle classes. Captured in photograph and illustration, the presence of the Hokey-Pokey man was a moment of instant pleasure. For a penny the peddler would lay a mound of shaved ice on a piece of paper, and pour one’s choice of flavored syrups on the snowball.

Middle-class reformers, nevertheless, were less than enthusiastic about the street trades and the public health threat inherent in badly prepared or stored street foods. Rates of communicable diseases, sickness and mortality, they presumed, were higher in the West-side “slum” than elsewhere in the city. The Hokey-Pokey man dispensing good humor to children congregating on crowded city streets was unregulated and unsupervised. Bad milk dealers needed to be put out of business. One study concluded that deadly bacteria–“streptoccocus lanceolatus”–which killed a guinea pig in short order also thrived in cheap ice cream contaminated by diseased cows, dirty handling and filthy receptacles.

Despite the negative publicity, the low comedy Hokey-Pokey street character persisted in playing a joyous role as an enduring fixture within inner-city neighborhoods. The origin of the name was vulgar slang, presumably a convoluted form of “hocus-pocus” or “hokum”–the deception and cheatery associated with cheap products hawked on slum streets. Contrary to the bleakness and darkness publicized by reformers who stepped outside their domestic shelters, the pleasure West-side children expressed dancing around the Hokey-Pokey man was irrepressible and infectious.

With suggestive origins in early modern deviltry, dancing the Hokey Pokey accompanied by folk lyrics grew in popularity and became a favorite in the U.S. by the 1940s. Even as the original Hokey-Pokey man himself was forgotten, shall we dance?  Are you in or out?  That’s what it’s all about!   bjb

You do the hokey pokey
and your turn yourself around
That’s what it’s all about.” 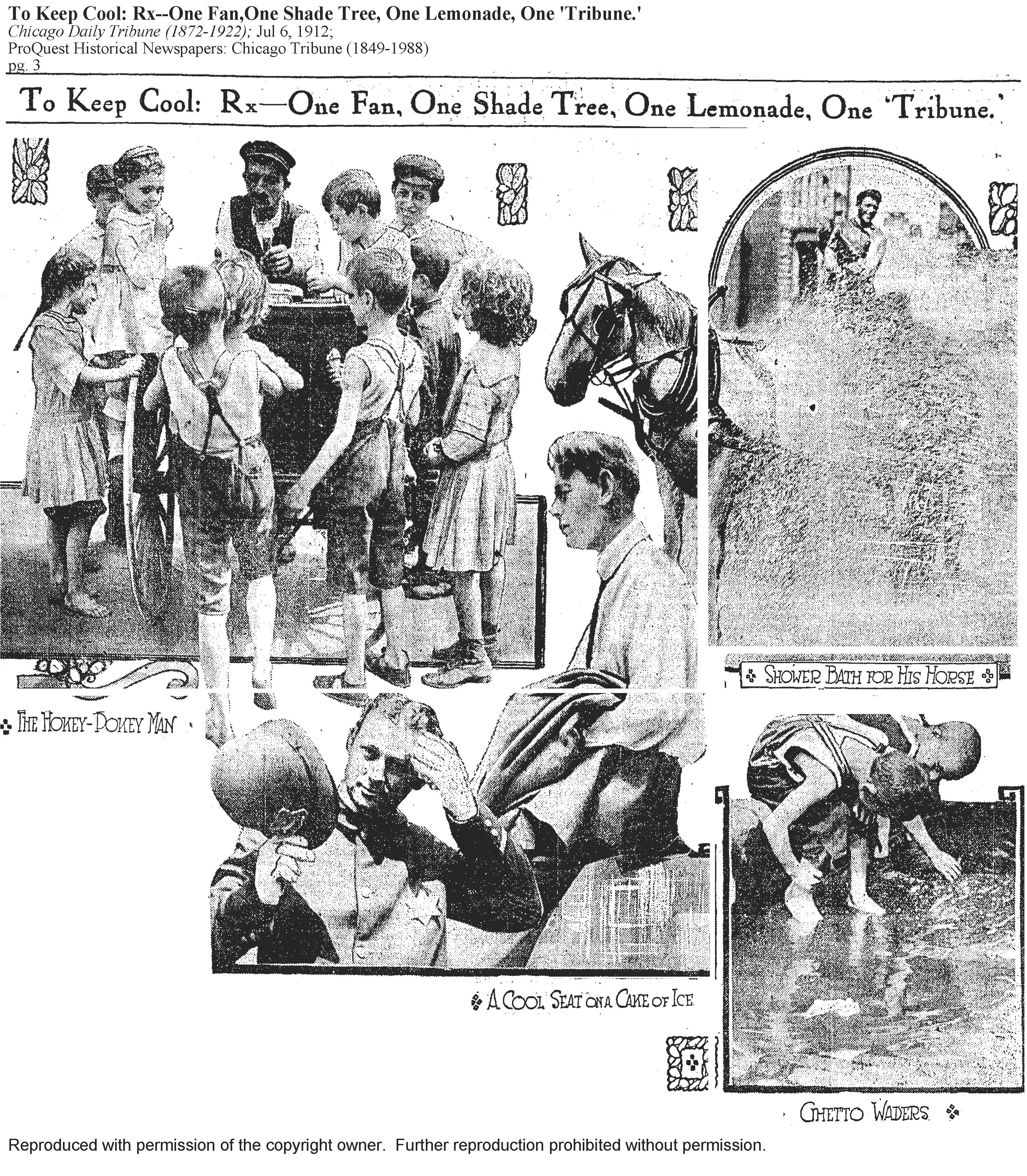 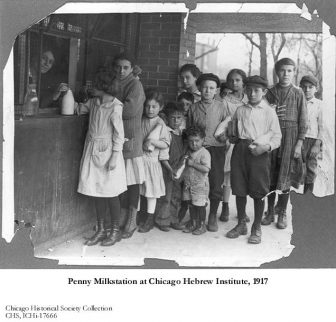