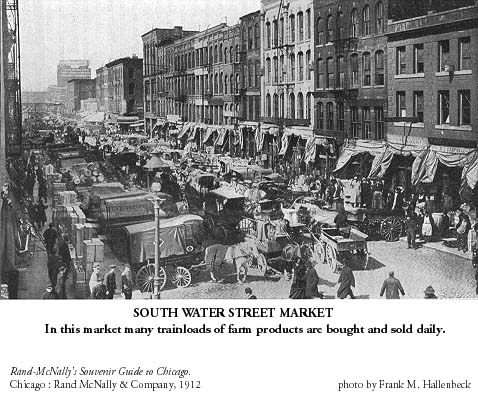 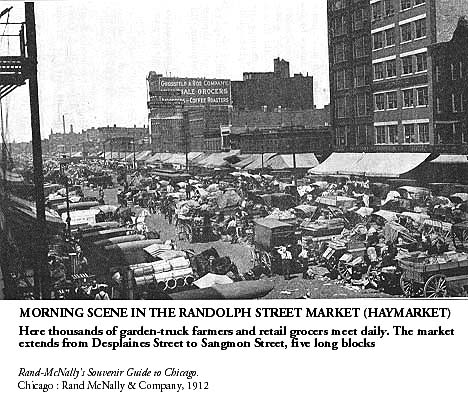 From the introduction: “The photo-sketches included in this album indicate the tumultuous life of the most cosmopolitan city in the world.  Within the memory of men yet living this metropolis … was an Indian garrison, but, with Alladin like rapidity, its size and importance have increased until it is now the second largest city in the Western Hemisphere, with a population of nearly 2,500,000 people …. Chicago is the greatest railway center in the world, and has six important terminal stations …. The business interests of the city embrace every imaginable branch of commerce and manufacture.  As a grain, lumber, live-stock and packing market Chicago stands supreme.”  bjb 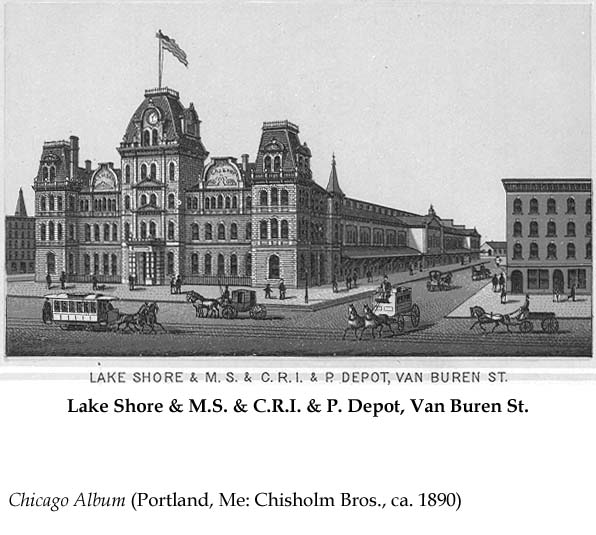 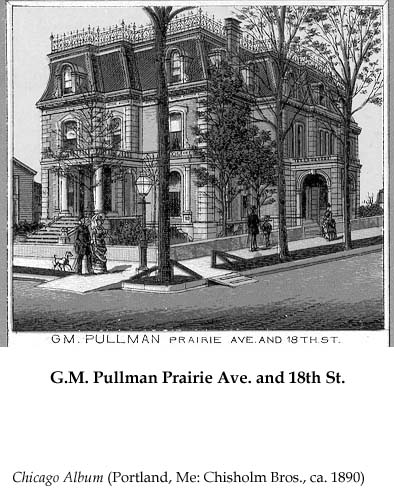 A standard picture gift album of commercial and public buildings in Chicago, landscaped parks and monuments for sale to visitors to the World’s Fair and tourists to the city.  bjb 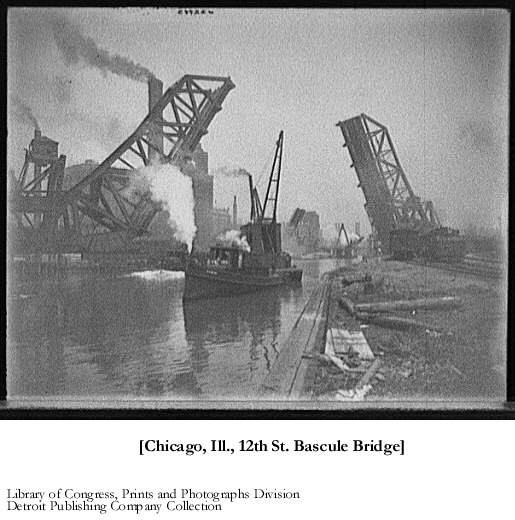 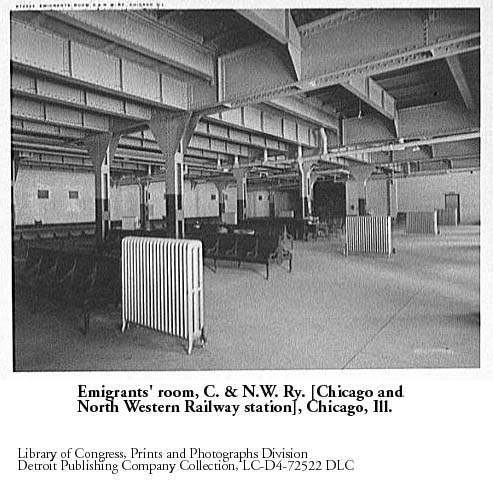 The Detroit Photographic Company was founded in the late 1880s, and became the Detroit Publishing Company in 1905. It obtained the exclusive rights to use the Swiss “Photochrom” process for converting black-and-white images into color printing them by lithography. The result was the mass production of color and black-and-white postcards, prints, and albums for sale on the growing American market.

The Company inventory included Western park lands, city and town views, prominent buildings, hotels, resorts–all scenes for which demand was generated with the increasing number of both foreign and domestic travelers and tourists across the nation.

Prominent images in the large Chicago market, for instance, were Lake Shore Drive a scenic boulevard for carriages, the Loop and downtown buildings and lakefront access, the world-class Chicago Railway Stations, and bridges over the river and water ways. .

With declining sales of photographs and postcards, and newer and cheaper printing methods used by competitors in the 1920s, the Detroit Publishing Company went into receivership in 1924, and liquidated in 1932 with the onset of the Great Depression.  bjb 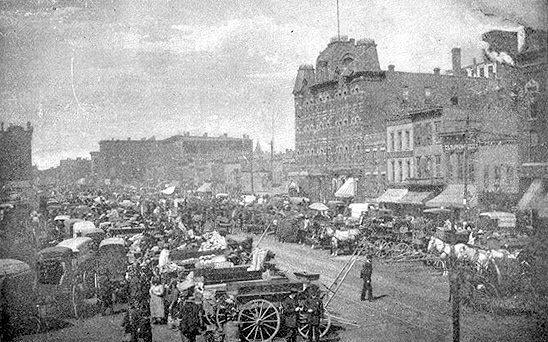 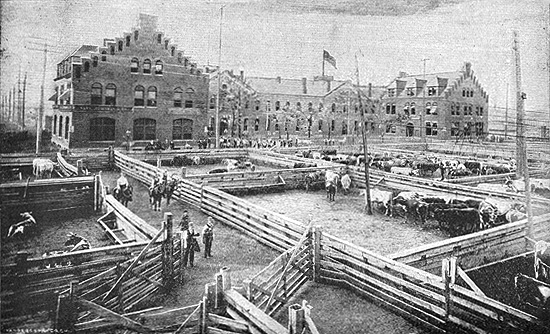 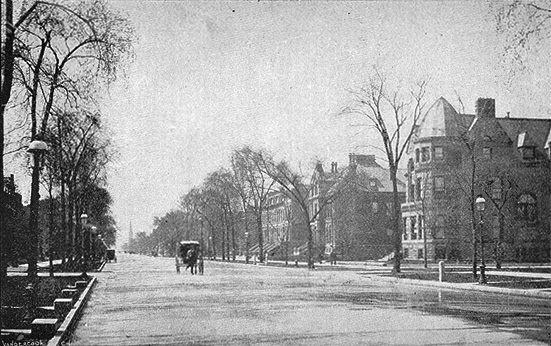 John Joseph Flinn’s, Chicago, the Marvelous City of the West. A History, an Encyclopedia, and a Guide for 1891–a 600 page illustrated (78 half-tone engravings) “pocket compendium” to the city–was the first in a series of unparalleled annual Flinn guidebooks for tourists, visitors, and local residents who wish to navigate a way in the giant city. Chicago was, as Flinn claimed, “one of the wonders of moderns times … her progress amazes mankind.” Growth had been in degrees of magnitude in a span of decades since mid-century, 1,250,000 population in 1891 over 181.70 square miles with 56,240 buildings erected since 1876 with a wholesale business and manufactured products value in 1890 of $582,800,000. The number of science, commerce, labor, neighborhoods, streets, addresses, and cultural institutions were too great in number and spread too distant over the landscape–in Chicago’s case North side, South side, east to suburbs and west to the Lake–for any personal orientation without a comprehensive informing guide book–a rudimentary 1890s GPS.

The entrepreneur Flinn dedicated his mind with a small army of assistants to arrange for cataloging, compiling, organizing, and ordering mountains of detail in an easy-to-find and copiously indexed reference work. An industrial effort continually in the making, Flinn’s city catalogue was to the expanding tourist and visitor business in Chicago–what the contemporary Chicago-based Sear’s Catalogue was to the growing mail-order business in the Midwest. bjb